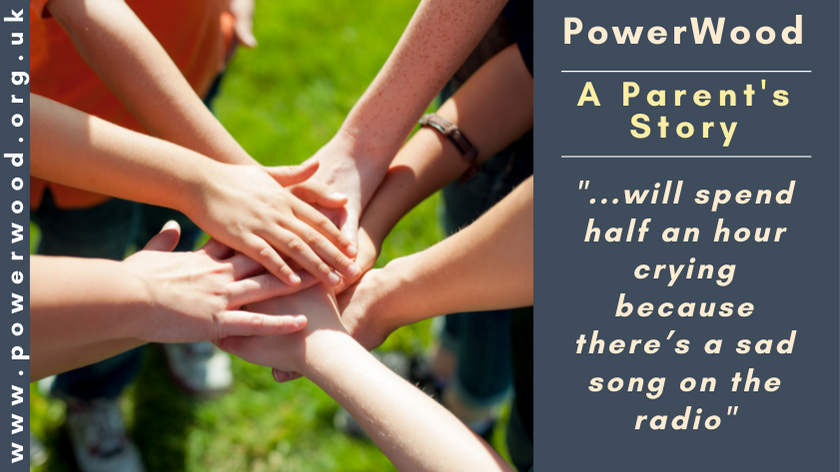 When I first read about PowerWood I thought it was interesting because my kids are really quite sensitive. They will spend half an hour crying because there’s a sad song on the radio or something like that. I think a lot of people thought I was making it up, or it wasn’t quite as intense as it was, because they only tend to do it at home. They’ve all said it’s because they feel safer at home, so they feel it’s safe to express themselves there.

What was I doing wrong

Because they’re always with me, I thought I was not doing enough with them, or they’re not on a proper routine. I’ve not done enough charts with them, or I need to be stricter with them.
I felt like I had not read enough stories with them, or done enough positive things. I kept thinking it was something I had to try and fix or do, but when I read a magazine article about PowerWood the ideas made sense to me.

When a lot of people have babies they have the Gina Ford books. I know they work for some people, that’s fine, but they basically just freaked me out – ‘Oh, they aren’t sleeping when they’re supposed to sleep!’ All my kids have so much energy so none of them have ever really slept that well. So if that works, that’s fine, but if it doesn’t, you just end up feeling a bit rubbish for doing it all wrong. But when I read about PowerWood I felt that it makes way more sense than the other stuff! It’s just about finding what works for yourself, as everyone’s different. 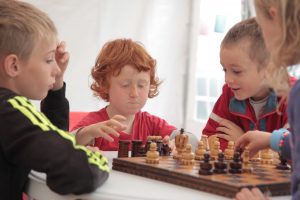 Nobody else’s kids were taking three-four hours to go to sleep or getting really cross. My younger daughter broke her bed when she was two because she was jumping up and down on her bed so much. She’s got the most amount of energy out of anybody I’ve ever met. She’ll go out for a two-hour walk and she’ll still be doing cartwheels when she comes home. I tried meditation CDs and things like that with her, but because she’s really strong-willed, if there’s anything telling her what to do, she won’t do it. The CD tells her to breathe and relax, and she just says, ‘no I’m not doing that!’ So I’m trying to find a way that fits for herself, rather than expecting her to behave how I think she should behave. I just started thinking maybe this isn’t something I need to try and fix. I’ve just kind of let it be what it is.

There was one night when I thought they were just singing songs and it was about half nine at night and I went upstairs. My girls were both just sobbing because there was a sad song on the radio. They were both lying there crying because they didn’t want anybody to die. I had to spend about 40 minutes telling them it’s OK. My oldest girl was trying to sing the song to me, because she said, ‘I want to express myself’ but every time she tried she was just sobbing. I was just telling them, it’s OK to do that and encouraging them. I think it’s quite important for children to feel their feelings, rather than be told, you can’t cry because you are a big boy.

Crying over the news

One night my little girl wanted to watch Children in Need because of the acts. I had gone out of the room, and then her dad hadn’t turned it over when one of the sad bits came on. So I came back in and she was sobbing her heart out. When I took her up to bed, she asked me, ‘Is there some way we can get all the children to come and live with us?’ and I said, ‘Not really. But we can maybe help them, or we can do something to help them.’ If the news was on, my children would be the only people that would pick up on it in a room. Then I would spend the rest of the day trying to explain what had happened. Because they notice stuff a lot, it’s really easy for them to get overwhelmed. So they’ll get up and turn the news off now because it upsets them. I’ll say, ‘You don’t need to listen to that now, you can turn it off.’ 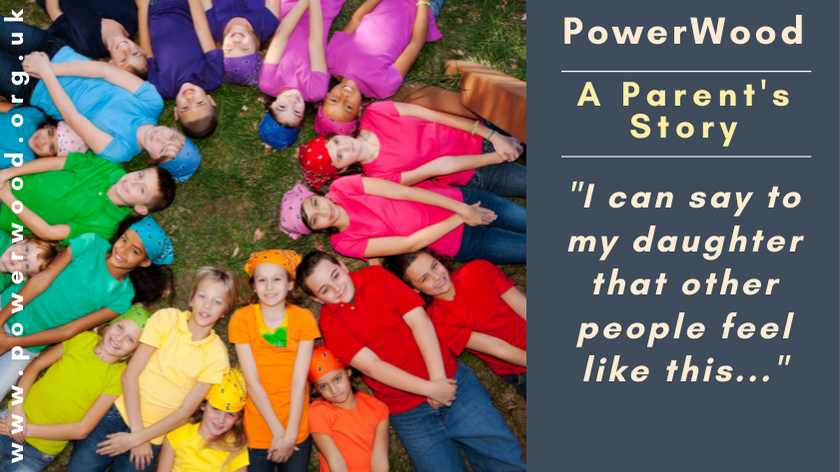 Charts and routines don’t work for everyone

In the past, my daughter had a chart to try to help with bedtime, and if she had been doing stuff she loses points. But she wasn’t bothered, she wasn’t bothered about it whatsoever. Actually, all my kids are a bit like that. I had tried charts and they’d get a reward at the end of it, and as soon as they got the reward they would just go back to the same behaviour. It was like they couldn’t see the connection between the two. I even did it with sleeping, and we would do a routine: we’ll go up and do your teeth, and we’ll do stories and we’ll do puzzles, and it would still take them three hours to go to sleep.

These days my older girl will sometimes go up to bed earlier because she actually just goes to sleep. She does get quite tired. With my younger girl for years I kept trying to get her to bed at seven or half seven, and it would take her two or three hours to go to sleep. She’d tell stories to herself, she’d read books, she’d kick the walls, she’d do anything but go to sleep. So we’ve actually started waiting until she’s actually tired, and then put her to bed, and she just goes to sleep. With no fuss, no nothing, and she’ll actually take herself up to bed now.

Scared to go to bed 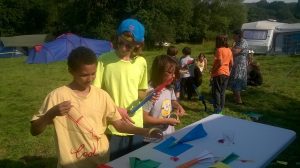 But I think a lot of it was because when she was littler she was actually scared to go to sleep. She didn’t know what was going to happen. She couldn’t go to sleep unless she was tired. And the more I was trying to get her into a routine, or saying, ‘Right, we’re going to do this relaxation meditation thing to help you go to sleep.’ she’d just freak out. It’s a lot easier now.

Also, she does have so much energy, I actually don’t think she is that tired, for going to bed at seven or eight. Half eight, nine or so she’ll go to bed. But because she is not worried about school any more, I think it’s a bit easier as well. Because if they get worried about something, it tends to come out at bedtime, they’ll sort of play up at bedtime or they’ll get really cross or something like that. It sometimes takes a while to actually come out, what they are actually upset about.

There’s nothing wrong with us

Discovering PowerWood has meant I can say to my daughter that other people feel like this. She had asked me if something had happened to her when she was born, why did she feel like that, why did she get cross? I’d rather she feels positive about how she is, rather than thinking there’s something wrong with her.