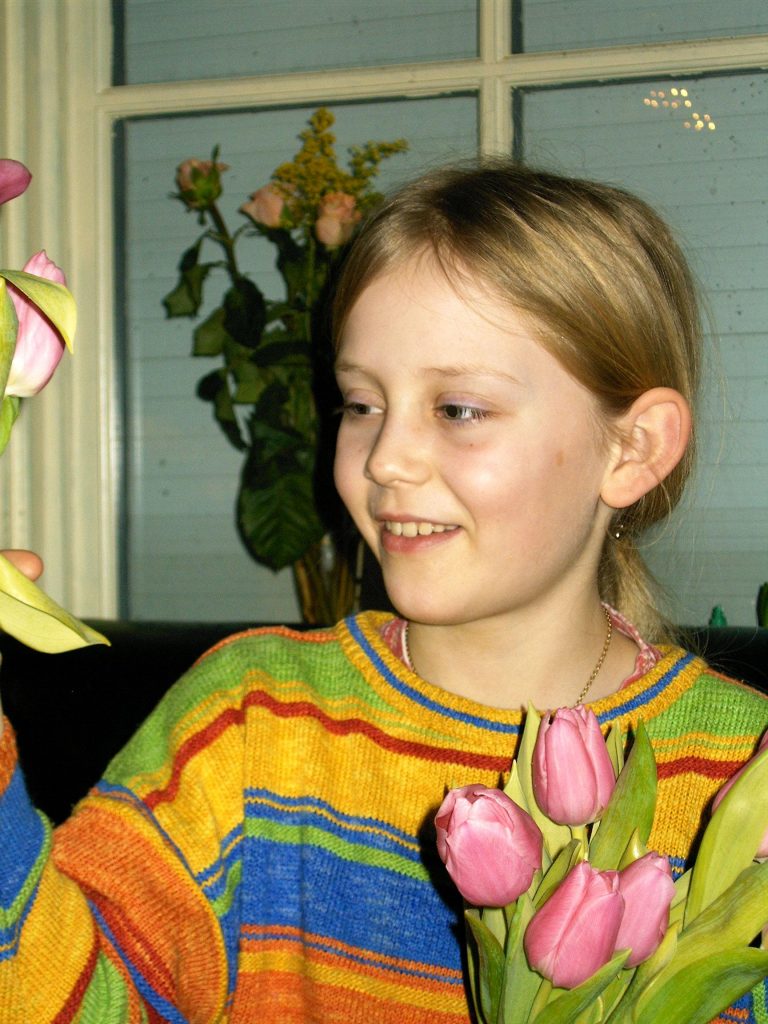 If intellectual, social, emotional and physical development doesn’t develop at the same rate as it does in average children it is called ‘asynchronous development’ or ‘uneven development’.

“When we bought our house I brought our daughter, nine at the time, with me to the bank to discuss all the different mortgage models, which she understood and had profound talks about with the astonished bank employee. When we finally found our house and decided this was the one we would like to buy, our daughter threw a huge tantrum there and then, screaming she hated the house and she didn’t want us to buy it. She was on the floor shouting, hitting the floor with all four limbs… and she couldn’t stop herself. It took me two days of talking to calm her down enough to get clear that she was afraid we would die and she would be left with a huge debt.”   Simone de Hoogh

In 1991, the Columbus group came up with the following definition of high-ability:

In the following cases, one can see what is meant by and how an uneven development can cause distress, frustration, alienation of peers and an over responsibility for others probably due to the combination of an emotional maturity and an emotional overexcitability.
Very often (more) able children are seen as behind in their emotional development. However, their overexcitability can also point towards an intensity that is very different from the norm, and therefore sometimes alarming for the people around them. This strong reaction towards their environment makes it harder for the (more) able child to accept the overexcitability inside them and their ability to learn to appreciate and direct this force.

Based on pictures he has seen of an existing castle in Carcassonne in the south of France, a six-year-old boy visualises in great detail a plan for a castle that he wants to build out of matches (Intellectual Ability: 10 years).
He tries to build it but fails: his fingers are not capable of doing this precise work; his motor skills are not up to it. (Physical Ability: 5 years)
Martin gets frustrated with the result, throws it across the room, loses it and has a huge tantrum. Most professionals would say his emotional maturity is below his chronological age because he seems to overreact and is not in charge of his emotions.
Martin might not only feel deeply disappointed in himself because of the difference between what he sees in his mind’s eye and what his hands are able to make, but also because he thinks his friend, who is making a castle too, is handling his frustration much better then he does. Taking this into  account, is that indicating emotional immaturity or maturity? Martin doesn’t realise that for his friend there is no difference between his mind’s eye and the reality, and therefore doesn’t experience the same frustration or negative feelings about himself.
Martin’s behaviour indicates an imaginational overexcitability combined with an asynchronous development.

Alan’s teacher has given him the opportunity to give a presentation in class about his favourite topic because as he wants Alan to connect with the class in a positive way. However, the teacher hasn’t realised the depth and level of knowledge Alan possesses and the possible issues that could arise from that.
Alan gives a far too detailed and complicated presentation on cosmology, about St Mark’s astronomical clock in Venice on a level too high to be interesting for his classmates. (Intellectual Ability: 16 years)
He feels the class is withdrawing but doesn’t know how to deal with it or how to react. His classmates become fidgety and are expressing their own insecurity with non-verbal signs of contempt: eye-rolling, sighs etc. Alan gets more and more nervous and starts talking faster. His speech is not fluent anymore and his movement is awkward and insecure. (Physical Ability: 7 years)
Alan feels hurt, withdraws from the class and loses his motivation to do anything for or with his classmates. (Emotional Maturity: 6 years)
Alan’s behaviour indicates an intellectual and psychomotor overexcitability combined with an asynchronous development. 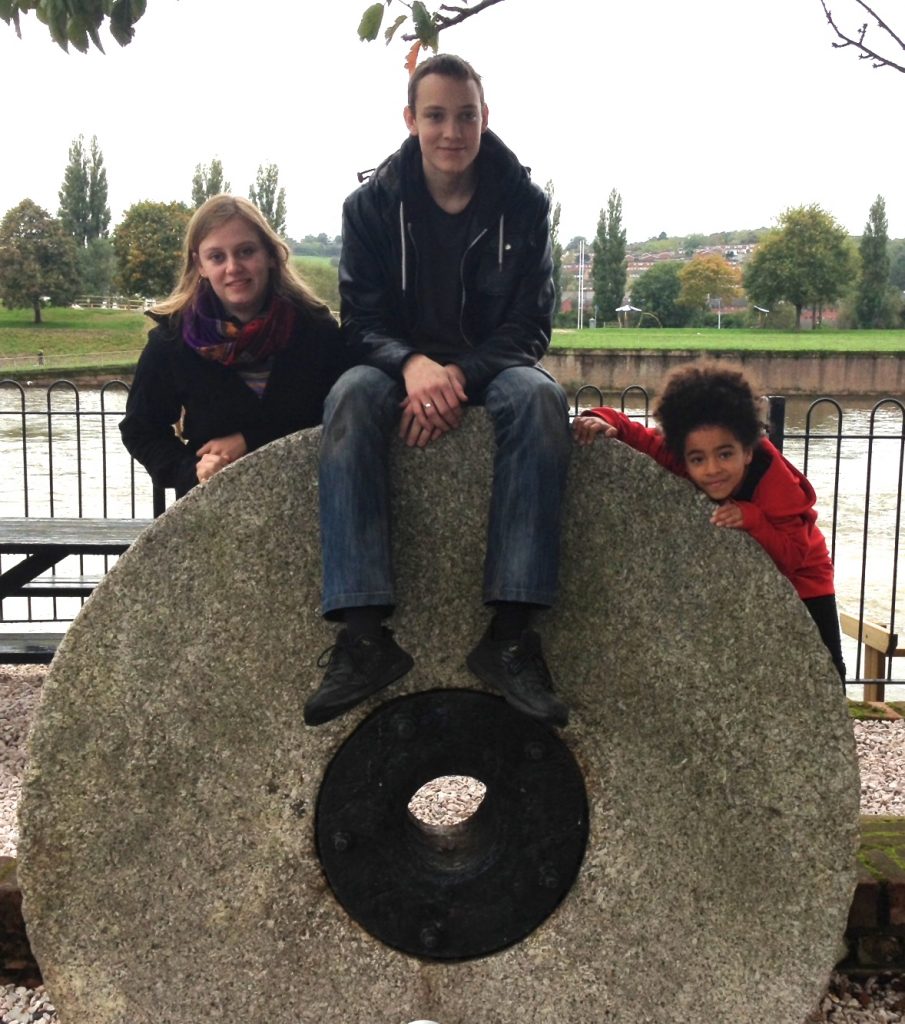 Mary builds a doll’s house in her imagination. She has often seen her father working with wood so in theory, she knows how to do it. (Intellectual Ability: 13 years)
She picks up the hammer and nails, and hammers the pieces together including her thumb and fingers. Unfortunately, the doll’s house is not up to her expectations, it looks clumsy and not at all like the picture in her head. (Physical Ability: 7 years)
She cries her heart out and believes she is inferior. She cries for a long time and afterwards never dares to transfer her imagination into reality. (Emotional Maturity: 6 years)
Her behaviour indicates an emotional overexcitability combined with an asynchronous development.

Ann is bored at school, she is given tasks that are far too easy but she doesn’t dare to say anything in the class. At home, she complains. (Intellectual Ability: 12 years)
Her fine motor skills make writing a time-consuming nightmare, making her teacher believe she is behind and has enough challenges in the ordinary work. (Physical Ability: 4 years)
When it becomes clear she is twice exceptional, Ann notices the discomfort of her teacher and she comforts and reassures the teacher and takes the blame, saying: “I should have said something” (Emotional Maturity: 16 years). Her behaviour indicates an emotional overexcitability combined with an asynchronous development.

Multilevel Emotion Regulation Theory (MERT) is a holistic theory developed by  Simone de Hoogh.  The theory explains how neurodiverse (young) individuals and parents of neurodiverse children can develop emotional regulation skills and direct their energy towards self-chosen goals, and contribute to society.

Find understanding, tools and strategies that work in an understanding, respectful and compassionate community.
PowerWood can be your and your family’s advocate, and your second family.

Explore how joining our PowerWood community by becoming a member will benefit you and your family, and what types of memberships are available.

OE (overexcitability) is an element of a Developmental Theory, the Theory of Positive Disintegration, by Dabrowski, that is one of the underpinning theories of MERT (Multi-level Emotion Regulation Theory) developed by Simone de Hoogh. Overexcitability explains and allows us to look at ‘extreme’ behaviour as a valuable asset in our or our children’s life.

A HUGE thank YOU to the son and daughter of Ernest Hartmann who gave PowerWood permission to use and put the full academically approved questionnaire about the Boundary in the Mind on PowerWood’s website.