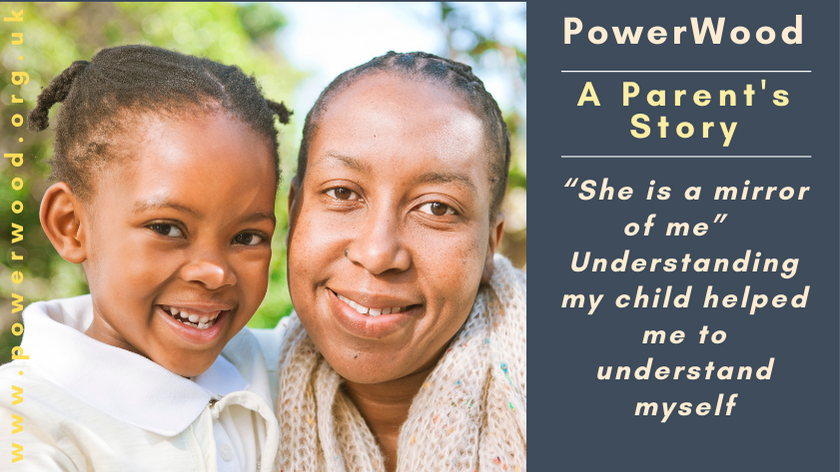 My youngest child has been very intense from birth. She is different from the others, really hard to understand. People say she will grow out of it, but as she got older she started to express herself in really dramatic and over the top ways. I was looking for something that would explain this, and nothing I read made sense of who she was.

When I discovered PowerWood, and read through the five types of OEs, I was thinking, this is her, this is her… I read them to her and said, does this sound like anyone you know? And she said, That’s me! How do they know that!

I had three sessions with Simone [de Hoogh]. For us, it is a step forward, a step back at times, but I look at the progress and things have definitely moved on. It’s made me understand her so much better. Simone has given me tools I can access, so I can cope when her behaviour is challenging, I can understand it from her perspective, and I also understand why it triggers me.

My other children have never triggered me in that way because they are not like her. I’m not saying I can deal with it every time, because I am only human, but there is definitely an improvement.

An example of how she behaves is that if she is going into a new situation she questions everything. Where will I sleep? How will I make my bed? What will I wear? What will I do?
In the past I would give those questions some validity, and say, you do this, this and this.

Now I realise she doesn’t want the answers, she just wants me to realise she is feeling anxious and concerned about stuff. So I say, you must be feeling quite nervous about this, quite frightened. After a moment she will say, yes I am. Her feelings can be pretty extreme, for example, she wouldn’t fly a kite the other day in case it hit some power lines that were miles away, in case she was electrocuted.

But now I understand, it’s not the specifics that worry her, it’s just this sense of being out of control and not knowing how to feel. I have to remind myself not to get into her spiral of answering things. You tend to want to answer things and tell her it’s OK, but she doesn’t want to hear that. She just wants me to say I understand. So that’s been a really positive thing.

Another example is that she has sometimes gone to her Grandmother’s because I need to go to work, and even though she tells me that everything’s fine, when she comes back, she completely loses it. And now, I know to say, Grandma would like to see you, how much time do you think you would feel comfortable with? She can then say, I would love you to pick me up in the morning, otherwise I am worrying all day. So I can change everything to suit her, whereas before, I didn’t know she was feeling so anxious. So that’s helped a lot.

Simone also told me to use humour, which does work. Like when I said there’s going to be a campfire and my daughter said, but the tents will all burn down! So I said, the whole of France will probably burn down, the fire might get all the way home! 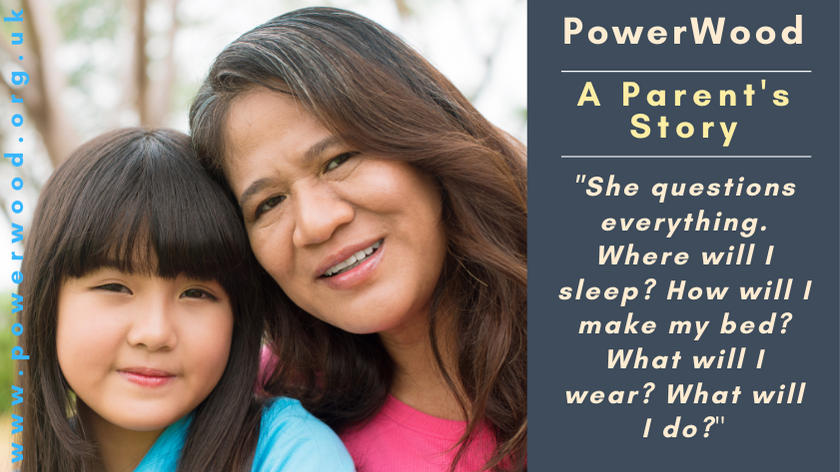 And the other thing that’s really good, is because I have let her know that she’s OK to feel like this, she has got so much more confident in class, and at expressing her emotions. The more confidence she gets to express herself, the more the teacher says, that’s fantastic, the more she feels better that it’s OK to have such intense feelings about things. She’s not beating herself up so much.

Learned behaviour is hard to change, you have to be quite agile on your feet, and of course, if you have to be somewhere on time, if you’re rushing, things are going on, then that factors into it.
But even that’s getting better and we are nearly getting to school on time.

What I’ve just learned recently, is it’s not just understanding your child and how to deal with it, it’s understanding why you react sometimes to it. I didn’t really expect to get that from the conversations with Simone. That really helped me to understand why this particular child can trigger me, when the others haven’t. Looking back now, I was also very similar to her as a child, she is such a mirror of me. It’s great, because I understand her really well, but I didn’t know how to deal with it. I figured out that this wasn’t dealt with properly when I was young. It’s really helped, it’s been a massive jump forward, rather than just finding tools to deal with the child, it’s understanding yourself as well. That’s definitely more than I expected. It’s been fantastic!

Connect with us on the PowerWood facebook group, it is a closed group so you can safely share your personal stories.

Looking forward to meet you there.